Our research group has studied disparities in two general types of physical activity environments, or places where people are often active. One is the park environment, the other is the streetscape environment, and both are relevant to leisure time physical activity. Parks are obvious places for recreational activity, but walking is the most common type of activity at virtually all ages, and the most common place to walk is on sidewalks and streets in the neighborhood.

Past studies of access to parks have produced mixed results about whether there are fewer parks in low-income communities of color. Our research group was particularly interested in whether there were disparities in the quality of parks. We defined quality as the number of different types of sports and physical activity facilities, such as ball fields, trails, basketball courts and playgrounds, as well as number of amenities such as restrooms and water fountains.

We observed 543 parks in and around Baltimore, MD and Seattle, WA neighborhoods selected to vary widely on SES. The results were very different across regions. In the Baltimore region we found the expected lower quality of physical activity facilities and amenities in mostly-minority neighborhoods. In the Seattle region, the surprising result was that lower-income areas had parks with more sports and physical activity facilities and more amenities. We referred to the Seattle pattern as “equitable differences,” meaning these economically deprived neighborhoods needed higher quality parks because they did not have access to fitness centers and exercise programs that required fees and transportation.

Studies of overall community design, such as having shops and schools within walking distance, often do not find disparities across race, ethnic and SES groups. However, our interest was in the quality of streetscapes, or the extent to which streets and sidewalks are designed to be comfortable, attractive and safe for pedestrians. We conducted observations in over 2200 locations in Baltimore, MD, Seattle, WA and San Diego County, CA regions. We coded presence and quality of sidewalks, quality and safety of street crossings, aesthetic features like landscaping and indicators of social disorder such as graffiti.

Again, the results were complex. Though there were some differences across regions, there were many more common findings. We found disparities, such that low-income and mostly-minority neighborhoods had worse aesthetic and social-disorder features, such as graffiti, litter, broken windows and fewer trees. But we also saw evidence of “equitable differences,” with high-income and mostly white neighborhoods generally having worse crosswalks, intersections and sidewalks.

Our studies found some evidence of environmental “disparities:” park quality and pedestrian features that were worse in low-income and/or mostly-minority neighborhoods. We also found “equitable differences:” park quality and pedestrian features that were worse in high-income and/or mostly white neighborhoods. These patterns had not been reported before. The park and streetscape features that exhibited disparities varied between cities, but we discovered a clue that helps explain some of the differences by region. In the Seattle region, a King County ordinance guaranteed equal facilities and services across neighborhoods that could explain the high-quality parks in low-income neighborhoods. This is evidence that local policies determine whether there are disparities in physical activity environments.

It should not be assumed that parks and pedestrian streetscapes are lower quality in low-income areas and communities of color. It should also not be assumed all neighborhoods have equal quality physical activity environments. The only way to determine local patterns of environmental disparities is to collect local data, but such data are rarely collected.

Park and streetscape features are modifiable and offer a feasible and affordable approach to creating activity-friendly environments in all neighborhoods.  Conducting observations in numerous neighborhoods can help local policy makers, planners and community groups identify disparities, recommend targeted changes and increase physical activity opportunities for all residents, regardless of race, ethnicity or income. Simple observational measures are available that can be used by community residents to assess their neighborhood environments. Community groups are encouraged to work with government agencies to document the quality of physical activity environments in their neighborhoods and use local data to develop plans for improvement. 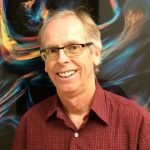 The American Fitness Index scores the country’s 100 largest cities (based on population) on 34 indicators of health. These indicators are broken into two categories:… END_OF_DOCUMENT_TOKEN_TO_BE_REPLACED

Moving to a new city in the middle of the COVID-19 pandemic could have made for a difficult transition. Without the typical options of going… END_OF_DOCUMENT_TOKEN_TO_BE_REPLACED