The ACSM American Fitness Index (Fitness Index) 2009-2013 Data Trend Reports serve as a tool that can be used to identify specific health and community measures where success can be celebrated, as well as what areas are in need of more attention.  When reviewing the trend report, it is important to remember that a majority of the personal health indicators do not change rapidly, so it may take a while for the impact of new initiatives to be seen in the health measures.  While improvements in community and built environment indicators are important investments, a notable change in the health of residents is expected to slowly but surely follow.  The Fitness Index celebrates the tremendous efforts that have been put into improving the health and well being of the residents, as well as the community and environmental assets, as we all move towards a healthier future for America.

Although the 2014 Fitness Index rankings are available, 2013 is the last year represented in these trend reports.  The 2014 Fitness Index rankings featured new and improved indicators, thus many of the new measures cannot be compared to previous years’ rankings.  For further information about 2014 data changes, please visit https://americanfitnessindex.org/big-changes-2014-afi-report/. 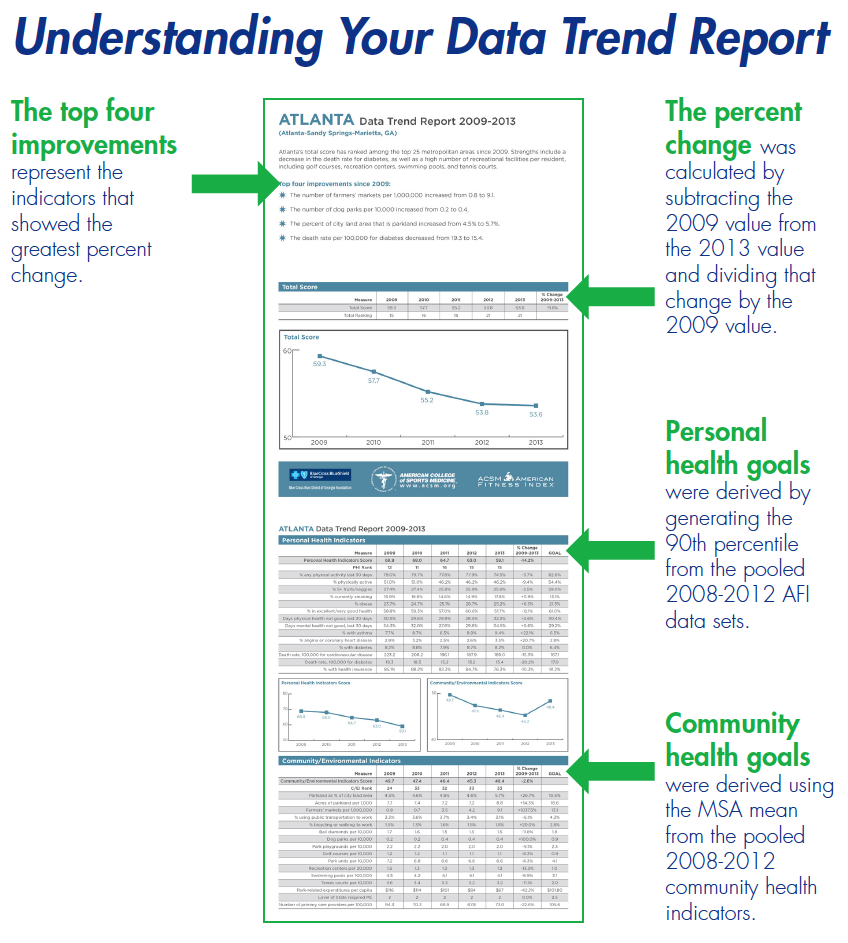 Parks, trails, and greenways are an important part of a community. They are places where people can move, relax, and enjoy time with others. A… END_OF_DOCUMENT_TOKEN_TO_BE_REPLACED

One of the personal health indicators selected for inclusion into ACSM’s American Fitness Index® is a measure of the mental health status of city residents.… END_OF_DOCUMENT_TOKEN_TO_BE_REPLACED